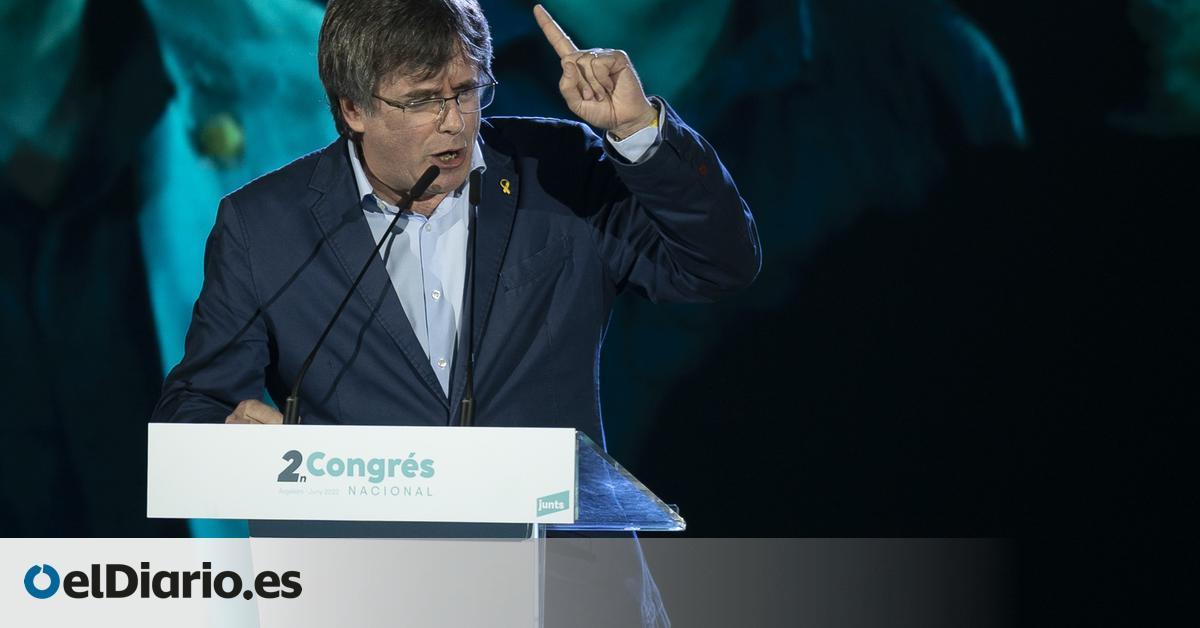 The State Attorney’s Office has also appealed the decision of Judge Pablo Llarena to prosecute Carles Puigdemont and former ministers Clara Ponsatí and Toni Comín solely for embezzlement of public funds and disobedience. The appeal, to which elDiario.es has had access, criticizes the investigator’s decision and bets, like the Prosecutor’s Office, that they be prosecuted for the most severe form of embezzlement – which includes sentences of up to 12 years in prison and twenty years of disqualification —, but also for aggravated public disorder, a crime punishable by up to five years in prison and eight years of disqualification.

The Supreme Court magistrate applied the legal reform that eliminates the crime of sedition and established that the former Catalan president should be tried for embezzlement and disobedience, but not for public disorder and its new aggravated version. The State Advocacy defends that this reform allows the ex-president, fled from Justice, to be attributed this last criminal type, in addition to embezzlement. And she criticizes that the judge has made this decision at this point in the judicial process. “The exclusive pronouncement of the contested order entails the impossibility that the procedure can be followed in any case for the crimes it excludes,” she affirms.

That is to say, he reproaches him for, in this way, preventing them from being accused of this crime throughout the procedure. In his opinion, the magistrate’s resolution “unduly limits the right of the prosecution to formulate their classification according to the crimes they deem appropriate to the facts that are going to be prosecuted.”

State Attorney Rosa María Seoane also criticizes the order in which Llarena, throughout more than 70 pages, harshly charged against the repeal of sedition. “The analysis carried out with a vocation for completeness, is incomplete and does not take into account relevant elements that, in the opinion of this representation, would allow the formulation of accusations under these criminal types,” she affirms.

The Legal Profession maintains that “there would be no obstacle” to the application of the new criminal offenses in a regulation subsequent to the commission of the acts, “provided that such acts were punishable in accordance with the criminal regulations prior to the reform, even under criminal offenses different” and that “such operation does not result in the application of a more serious punitive consequence than that foreseen”.

In this sense, the representative of the body that defends the interests of the State affirms that the doctrine of the European Court of Human Rights on the application of the principle of favorable retroactivity of criminal laws guarantees that, in this case, it is applied to the facts “that Before, the new criminal offense of aggravated public disorder could be prosecuted as sedition, since this application is “more favorable both in the comparison “in abstracto” and in the particular circumstances of the case.”

Seoane does not openly pronounce himself on embezzlement but the final part of the letter explicitly requests that Llarena amend his own order and include “provisionally as a type of crime for which defendants in rebellion can be prosecuted, along with those of disobedience and embezzlement” , in reference to public disorder.

The State Attorney thus joins Llarena’s thesis, which dodges the latest reform of the Criminal Code and insists on prosecution for the aggravated type of embezzlement of public funds, which includes sentences of up to 12 years in prison and twenty years of disqualification.

For Llarena, the new crime of embezzlement continues to be applicable to the process. The current article 432 returns to versions prior to 2015 by focusing on the existence or non-profit making, which is why, according to the judge, the jurisprudence of that time is “fully applicable to the current wording”. And that doctrine says that to appreciate the profit motive, it is not necessary for the money to end up in the defendant’s pocket: “It is equally appreciable when the Administration is deprived of some public funds to meet payment obligations that correspond to the active subject of the crime and that they are completely unrelated to the legitimate functioning of the Administration”, affirms the judge.

Llarena also does not believe that the attenuated type of embezzlement created in this reform can be applied to Puigdemont and the former ministers Ponsatí and Comín. The new article 433 punishes with lesser penalties — from one to four years in prison and even a fine in the mildest cases — those who give public property “a different public application” than expected. According to the magistrate, on 1-O there was no “transfer” of funds between “legitimately administered public purposes”, but rather these funds were dedicated to “supporting the personal decision to contravene the legal system and commit a crime”.

Both the Prosecutor’s Office and the State Attorney’s Office now support this argument by only appealing the judge’s decision not to also attribute a crime of public disorder to them. In any case, this does not condition the decision that the Criminal Chamber finally makes when, when the time comes, it judges Carles Puigdemont and the rest of the fled leaders. In the main case, the judges rejected the theory of Llarena and the Prosecutor’s Office on the rebellion and supported the thesis of the State Attorney’s Office on sedition.