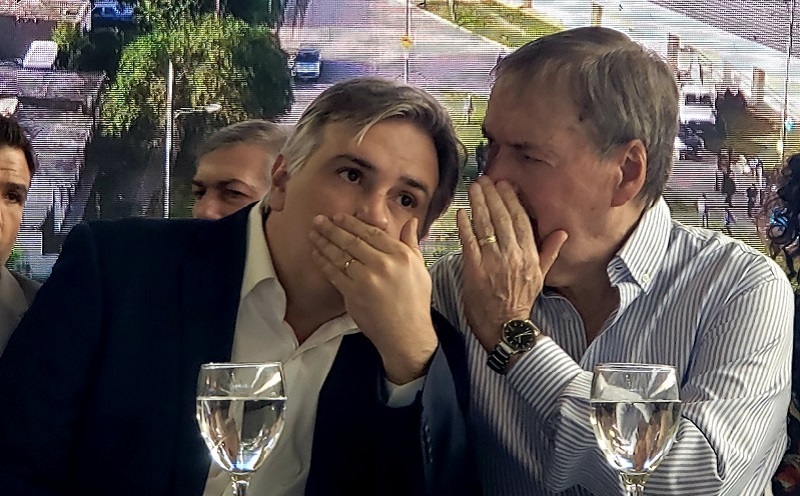 The launch of the presidential candidacy of Juan Schiaretti, current governor of Córdoba, for an inmate with Juan Manuel Urtubey from Salta, ended up being a sign of weakness rather than strength for Cordovan Peronism. It is about positioning an “anti-crack” space that for the moment does not show enthusiasm as the polls show, which would put it between 5 and 7% of voting intentions.

It is that the “Cordoba model” presented as successful in contrast to the disastrous economic situation of the country has short legs. Apart from presenting levels of inflation, poverty and unemployment that are among the highest in the country, its two pillars are going through different crises. The field, which had a bid with the national government, despite having obtained the gift of the “soybean dollar”, is going through one of the most important droughts in decades, and there is talk that they could lose around 25% of the harvest. On the other, the restrictions on access to foreign currency reserves at the national level affect the automotive industry, which has a deep integration of imported components in its production chain.

Meanwhile, the current mayor of the Cordoba capital, Martín Llaryora, was presented as a candidate during the month of November by Schiaretti himself. The launch coincided with the brutal accident carried out by one of the chiefs of provincial Peronism, Oscar González, for which reason it went unnoticed, even by the most politicized sectors. The exhaustion of a sector of old leaders of provincial Peronism is another element of weakness.

In those days there was also a huge struggle by the public health teams that shocked the province and exposed the policies of the provincial government regarding the health system. This struggle, with its methods of self-organization, left exposed the rejection of the union bureaucracy, which is another of the pillars on which the model of provincial Peronism is based, in this case the Union of Public Employees, which acts as a representative of the government rather than the workers as a whole.

The trial for the murder at the hands of the police of the young Blas Correas once again brought to light the brutal methods with which the repressive forces are managed, including the cover-up by the authorities. These scandals, together with others such as the concealment of the murder of newborns in the provincial maternity hospital, forced the Cordovan Peronism to rule out the advancement of the elections, when they sought to separate them as much as possible from the national elections.

For now, the biggest cards of the ruling party, which is looking for its seventh consecutive victory, go on the one hand with speculation (and hide) the electoral calendar, and on the other with trying to put a significant division in Together for Change, let’s remember that in Córdoba there are no compulsory primaries.

His maximum aspiration is that, as in 2019, two formulas representing the space appear, on the one hand, the opportunist Luis Juez and on the other the radical Rodrigo de Loredo, who are launched as pre-candidates, but cannot agree with the method of defining who would lead the formula. Meetings between Llaryora and Mauricio Macri himself have been reported to try to deactivate the unit of Together for Change.

At a minimum, the plan is to get a group of radical mayors or sectors of the PRO, dissatisfied with the distribution of candidacies in their spaces, to join Hacemos por Córdoba. He is also trying to give air to the libertarian space to remove votes from the right to the armed UCR-PRO-Juecismo, but until now no figure with electoral weight has appeared that convinces Milei himself.

On the side of Together for Change, the definition passes precisely by who will be the candidate for governor. From space they publicly point out that they will not announce it until the election dates are set, but the truth is that unity is not guaranteed since they do not even agree on whether to carry out internal elections or whether it will be the polls that determine who heads the election. formula.

With the intention of gaining the support of the Cordovan red circle, both Judge and De Loredo are quick to point out that their plan is not to break with the efforts of Cordovan Peronism if they do not continue “the good things and correct the bad ones”. with appeals to renewal and “democratic alternation”.

Meanwhile, the Frente de Todos, after repeated contempt on the part of the Cordovan PJ, set up a provincial plenary for the end of the year where it launched the candidacy of Federico Alessandri, mayor of Embalse and son of Carlos, one of the main slopes of De la Sota during their governments.

A candidacy wanting to dispute the vote of classic Peronism that has already failed him on repeated occasions. The main figure that the Cordovan Front of All has, the mayor of Villa María, Martin Gill, did not participate in the plenary session and the next day he took a photo with Schiaretti himself, demonstrating that he had his own game and was negotiating with the provincial PJ . The most “progressive” sectors timidly pointed out that they should have their own candidacy, linked to one of the current deputies, three in total, that the Frente de Todos has in the National Congress.

The left has been present since 2001 with comrade Liliana Olivero, initially in the provincial legislature, always being a strong voice of denunciation and an attitude consistent with its principles that is valued by an important part of the working people in the province. In 2019, with the candidacy of Laura Vilches for mayor, she obtained a new conquest, reaching a seat in the Deliberative Council of the capital for the first time, which concentrates 40% of the population. The formula Vilches Senator Olivero Diputada was the comfortable winner within the FITU STEP in 2021.

The Left Front in the last period was a factor in the organization of the united front of different actions such as the massive mobilizations against the IMF or the setting up of a multisectoral one against the projects of the PJ and the UCR to directly prohibit social protests and the mobilizations.

It was also organizations from the Left Front that encouraged unity between employed and unemployed workers, as in the Bagley conflict or in the struggles of teachers and the health sector that took place in 2022.

It continues to be an important actor within a provincial reality that tries to show a province totally pushed to the right, but that gives great organization and mobilization processes. The challenge for 2023 is not only to keep the seats won, but also to advance in new positions.


If you are from Cordoba: Get in touch and get organized with the PTS in the Left Front or with Pan y Rosas in your work, place of study or neighborhood.