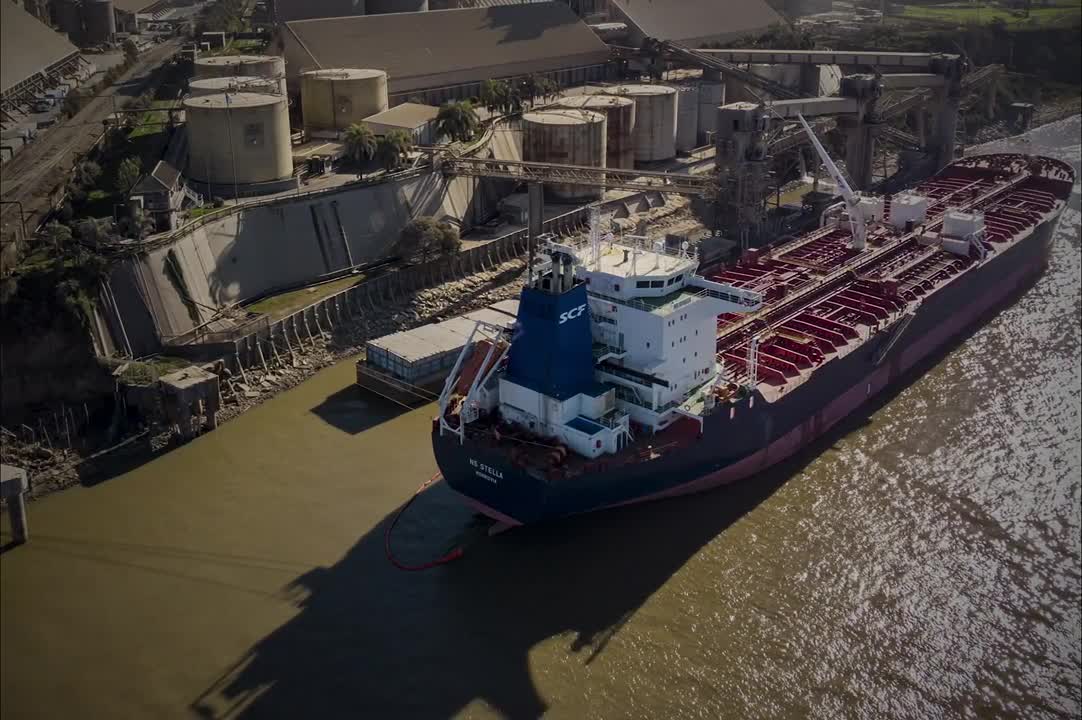 After several weeks of struggle with the workers of the Port of Rosario as a result of layoffs and squeezes by the employer, we tell you in this note how it works and how the operational management has been by the concessionaire whose owner is Vicentín. The company that is currently responsible for the operations of two terminals in the Port of Rosario is called Terminal Puerto Rosario (TPR SA), whose main owner is Vicentín. TPR SA, has been responsible for the sinking of Puerto Rosario in recent years, a company that – according to some investigations – Vicentín owns up to 50% of the share capital, but nevertheless there are no accounting records of its operations since 2012 as reported in a complaint made by the Commission for Information and Monitoring of the Vicentín case, belonging to the Chamber of Deputies of Santa Fe.

For its part, ENAPRO (Administrative Entity of the Port of Rosario), whose main purpose is to mediate between the Province of Santa Fe and the private concessionaire (TPR SA), whose origins must be traced back to the 1990s when the Nation transferred to the provinces under the State Reform Law (of 1992) the management of the vast majority of ports in Argentina; Nor has it lived up to what has been done, demanding that the concessionaire comply with the contractual conditions. Just as a result of the conflict unleashed with the workers, ENAPRO made the decision to remove the representative of Vicentín (Carlos Bello) from its board of directors, a position that is now occupied by the other concessionaire of the Port of Rosario: Servicios Porturarios (Sepor). The owner of the latter is Juan Manuel Ondarcuhu, who has been prosecuted for money laundering along with the Secretary of SOMU, Omar “Caballo” Suárez, related to fraudulent operations by the company Maruba.

No controls of any kind

Such has been the mismanagement in the port operations to the point of having favored unclear maneuvers – even illegal, since in 2010 the Port of Bilbao denounced the discovery of cocacaine from Rosario – which led to the opening of an investigation by the General Audit of the Nation, which in 2020 raised a report addressed to Cristina Fernández as President of the Senate under action No. 729/17, in which the following was highlighted:

“(…) given the relevant delimitation deficiencies of the ZPA (Primary Customs Zone), it is that those existing in the infrastructure of the TPR SA property as a whole entail risks that may affect customs control within sectors that must have a special safeguard established by current regulations.”

It was not strange then, in June 2022, the discovery of more than 1,400 kg of cocaine in three containers. According to statements by the President of ENAPRO, Guillermo Miguel, this fact motivated the termination of the contract with Vicentín to be “evaluated”, something that of course has not yet happened.

Today, the port does not have records about the investments for which the concessionaire is directly responsible. In May 2022, a sinkhole occurred, that is, given the obsolescence of the materials, the collapse was generated in one of the two docks that are operational (see photo below). This pier worked within Terminals I and II (see sketch) that TPR SA is in charge of. The concessionary company faced with this fact, instead of announcing investments, proceeds to suspend a thousand workers, citing the impossibility of continuing to operate and holding the workers responsible for the lack of maintenance. He even went so far as to threaten to dismiss 50% of his plant if the union (SUPA) did not accept labor flexibility through the reduction of employer contributions, since TPR SA argued that under the prevailing conditions it was impossible to operate. According to union sources, the concessionaire’s demand was a form of blackmail against ENAPRO, pressuring it to stop demanding the investments that, according to the conditions of the bidding documents, corresponded to the concessionaire and according to these facts it was not. doing.

Collapse of the quay at the TPR SA terminals

Operational performance of the last years

As if that were not enough, not everything is corruption and squeezes workers. If we analyze the operational performance of the Port of Rosario under the management of TPR SA, we can observe through a series of graphs how it has fallen in recent years, which, as a result of the existing state of abandonment in the terminals, Vicentín is now emptying the Port of Rosario, whose logistical importance is key to the productive development of Argentina.

In the first place we can mention how the evolution has been since 2014 taking into account the type of product that is operated in the Port of Rosario, thus we can observe a drop in the two main ones, both in metallurgical and grains, since the year 2015 and 2018 respectively.

Regarding the total non-containerized cargo (operated in bulk), which we represent by the total cargo volume in millions of tons, since 2019 there has been a notable drop – in line with the decrease in the level of investments required -, more specifically we can see how by 2022 barely a third of what was registered in 2015 was operated.

Lastly, if we consider the total cargo operated (we now add containerized cargo) by the Port of Rosario since 2010, and according to official data published by ENAPRO itself, the situation is much more dramatic. By the year 2021, barely 400 ships and barges had operated, while in the year of greatest operation (2014) the figure of 1,200 ships and barges had been reached – approximately – in operation with the port.

Regarding the TEUs (containers of the standard size of 20 feet) and in line with the data already presented, it also reflects a decrease, but in this case the number of TEUs operated by the Port of Rosario was the worst recorded in 2021. of the series that starts in 2014.

The Port of Rosario, under the management of the concessionaire TPR SA, whose main owner is the Vicentín firm, has not only defaulted on labor issues. The fall in the level of investments, the fraudulent and criminal management by its directors, the lack of control by ENAPRO and the authorities of the different levels of government and together with the loss of the operational capacity of what were some of the most important ports in the region, completes a truly bleak picture.

All this urgently requires a general plan that implies the nationalization of foreign trade and the Port of Rosario in this case, under workers’ administration, with the objective, first of all, of terminating the concession to Vicentín, a company responsible for one of the biggest economic scams in Argentine history. In this way, the currencies that enter the country will do so based on the needs of the entire population together with the productive system as a whole and not of a small group of oligopolistic companies.