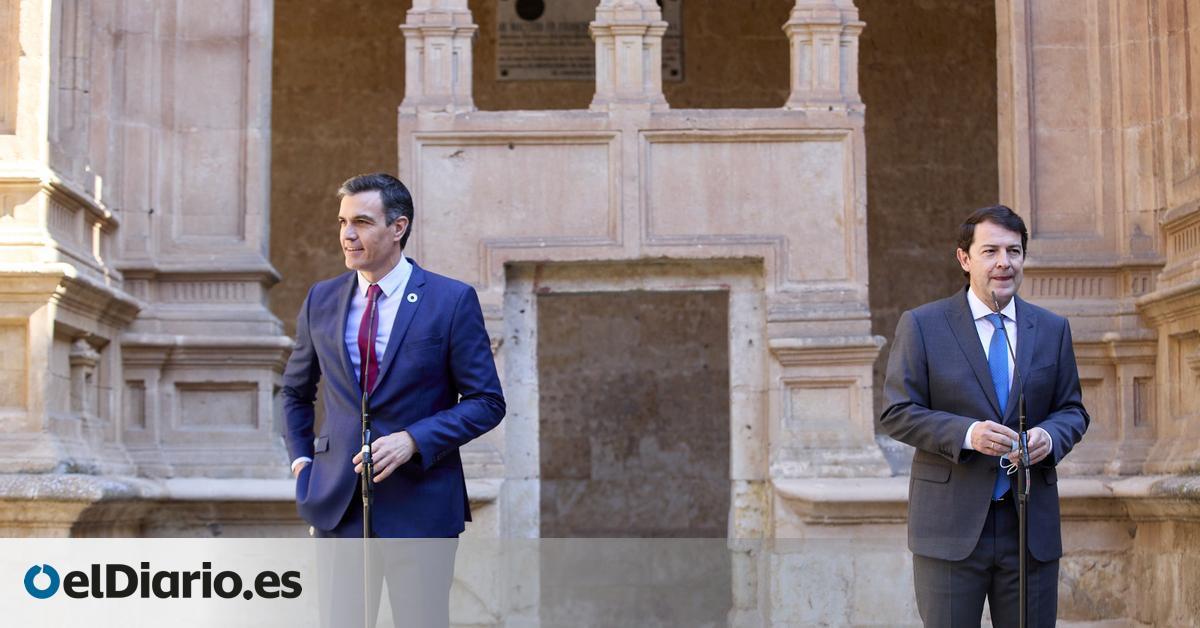 The Government accepts as valid the formal response of the Executive of Castilla y León to the official request sent by Moncloa and in which explanations were required about the anti-abortion measures announced for a possible case of invasion of powers. In an official statement, the Secretary of State for Communication affirms that the “Government considers that the regional Executive has formally complied with the request made because that autonomous community had refrained from adopting and applying, or for having left without effect, those material actions, protocols , agreements, instruments or communications that, invading state powers, fail to comply with state regulations and undermine the rights of women protected by our legal system”.

Manueco gets into a dead end: suffocated by Vox a year after breaking the pact with Ciudadanos

In that same statement, Moncloa affirms that it has received from the Government of Castilla y León a “formal compliance document” which, in the opinion of the Government, “represents an official rectification of the intention initially expressed by the government of Castilla y León to proceed according to what was announced on January 12 and reiterated in subsequent days.

However, the central Executive acknowledges “its concern about the announcements and statements of the highest officials of the Junta de Castilla y León”, in reference to the words of the spokesman for the regional Executive in which he assured that the Junta did not renounce its plans . “The autonomous government of Castilla y León maintains its intention to go beyond what is established in the organic law of 2010, in evident contradiction with the content of the official documentation sent, (…) circumstance that in no way the Government of Spain will not tolerate or consent”.

For this reason, Moncloa warns that the next step will be to send a new letter, this time from the Ministry of the Presidency and addressed to the Minister of the Presidency of the Junta de Castilla y León, in which “he will be reminded once again that it is contrary to current legislation and our constitutional order of distribution of powers that an autonomous community adopt any measure aimed at forcing, indicating, offering, recommending or suggesting to pregnant women who have freely decided to terminate their pregnancy or have not expressly stated their intention to bring this to term, the use of any type of ultrasound test outside the indications supported by scientific evidence and included in the clinical practice guidelines”.

Despite validating the official response of the Executive of Alfonso Fernández Mañueco, the central government warns that if from now on “the Government of Castilla y León materializes, by any means, its intention to act outside the current regulatory framework regarding voluntary interruption of pregnancy, the Government of Spain will act, as to date, in defense of its own powers and the full exercise of the rights and freedoms of all Castilian-Leonese women. For this reason, the statement concludes by recalling that the Government “reserves the possibility of taking as many legal actions as are appropriate” in the future.

“The defense of women’s rights triumphs”

From the presidency of the Government, however, they affirm that they are fearful because the PP “continues to look for a formula that responds to the demands of its Vox partners.” And for this reason, they reiterate: “We will not tolerate another attempt that implies a setback and that limits the rights and freedoms of women and that violates the organic law on sexual and reproductive health and the voluntary interruption of pregnancy.”

Feijóo says that the PP “does not coerce”

From Fitur, the leader of the PP, Alberto Núñez Feijóo, has pointed to the Government of Pedro Sánchez as an inducer of the political anger generated in Castilla y León, reports Aitor Riveiro. “There cannot be a conflict when it does not exist,” Feijóo has defended, who has insisted for days on ignoring evidence: that the government of his autonomous baron announced a protocol, that some advisers from his party defended, and that he was picked up by a official press release from the Ministry of Health that is still published.

Next to Feijóo was the president of Castilla y León, Alfonso Fernández Mañueco, who has reacted to the statement sent today by Moncloa and has attacked Sánchez. Mañueco considers that this statement is “the verification of the deceit” of the President of the Government, whom he has defined as “an unscrupulous man who is capable of anything to remain in power.”

“It is capable of attacking a community like Castilla y León, which has demonstrated its commitment to Spain throughout history,” Mañueco has charged against Sánchez, whom he has accused of sending this requirement as a “smoke screen” not to talk about the reductions in sentences by the law of yes is yes.

The president of the Junta de Castilla y León has also spoken about the relationship with his government partner and with the vice president, Juan García-Gallardo, who continues to insist that the protocol on anti-abortion measures will be complied with in the region. Manueco has stressed that he is the one who sets the position of the Board on any matter, also on this issue of abortion, reports Europa Press.