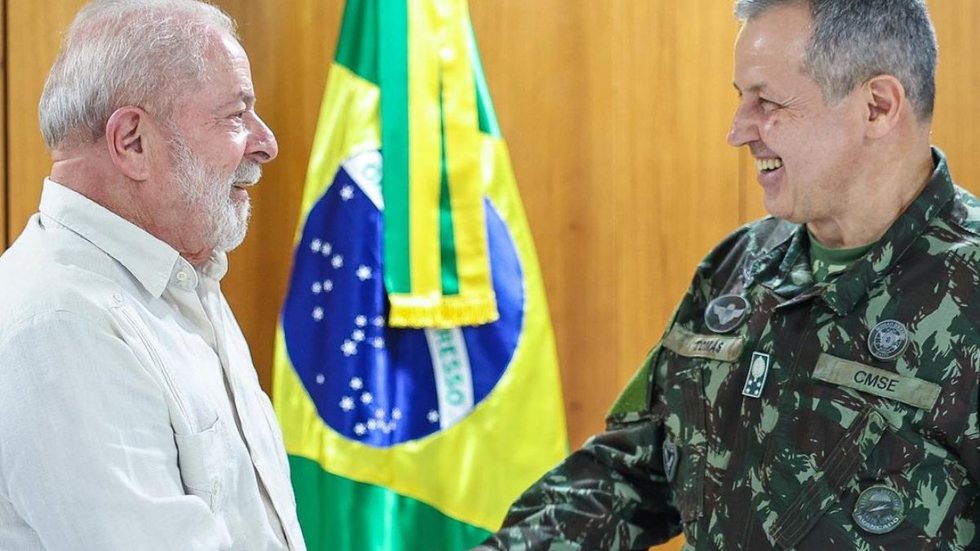 The dismissal is a show of force by the president, who in recent days had publicly shared his doubts about the alleged “connivant” attitude of “many” police and military in the violent assault on the three powers in Brasilia.

Arruda will be replaced by General Tomás Paiva, a long-term military man with experience in international “peace” missions, and who this week made a symbolic defense of the democratic order in an official ceremony, seeking to regain confidence in the Armed Forces and possibilities stability to the regime.

The Minister of Defense, José Múcio, made the change in command of the Army official in a brief one-minute appearance with Paiva, in which he alluded to a “fracture in the level of trust” with the Army command that it was necessary to “stall ” as soon as possible.

According to local media, the straw that broke the camel’s back was Arruda’s resistance to firing a former order assistant of then-ruling Jair Bolsonaro, lieutenant-colonel Mauro Cid, who has just taken over as head of a strategic battalion in the city of Goiania.

Today, together with the Minister of Defense, José Múcio, I spoke with General Tomás Miguel Ribeiro Paiva, the new commander of the Army. I wish the General a good job.

Cid was a man of the highest confidence of Bolsonaro and is being investigated for producing disinformation and for his alleged relationship with coup groups, according to the Brazilian press.

The dismissal was announced this Saturday afternoon, while Lula was returning from Boa Vista, in the state of Roraima, after learning in situ about the humanitarian crisis of the Yanomami indigenous people.

Back in Brasilia, he met with his ministers and formalized the dismissal of Arruda, who had served as Army commander since December 30, when Bolsonaro was still in power, and was reinstated to office by the new government.

However, the attack on the offices of the Presidency, Congress and the Supreme Court by thousands of Bolsonaro supporters completely changed the script.

From there, Lula expressed his distrust with sectors of the armed forces, which have had an unprecedented space of power since the military dictatorship (1964-1985) after four years of management of the far-right Bolsonaro, a retired captain from army.

He accused “many” uniformed officers of being “in collusion” with the radicals and criticized that the “Army, Police and Navy” intelligence agencies did not notify him that the extremists were organizing to try to overthrow him.

He also promised to punish all those involved “regardless of the patent”, in addition to reinforcing the need to “depoliticize the Armed Forces”.

According to the local press, Lula’s statements caused some discomfort among the military.

These differences were apparently left behind after the meeting that Lula held on Friday with Arruda and the commanders of the Navy and Aeronautics, in the company of Múcio, who later said that the objective of the meeting was to “turn the page.”

A day later, Arruda was dismissed.

These frictions began, as Múcio admitted, with the presence of Bolsonaro supporters camped out since the October elections in front of the Army Headquarters in Brasilia to demand a military “intervention” against Lula.

From that camp, where it is suspected that there were family members of the military and that it was located in an area under the jurisdiction of the Army, the extremists came out, invaded and destroyed the headquarters of the three powers.

It was only dismantled after the attack and by order of the Supreme Court.

Arruda’s dismissal also culminates a week in which Lula dispensed with the services of dozens of soldiers who worked in security positions and the presidential administration.

As Esquerda Diario, part of the La Izquierda Diario International Network, points out, “it is impossible to fight against the extreme right and defend the democratic rights of the population, strengthening the bases of this political regime that emerged from the institutional coup of 2016, allying itself with those who were pillars of support for the approval of each of the political and economic attacks of recent years.In addition, in the particular case of the Armed Forces, they play an active role in guaranteeing impunity for each of those responsible for the military dictatorship in Brazil It is necessary to fight the coup leaders, the rightists, the attacks and the anti-popular reforms independently of the current government, and trusting only in the strength of the workers and the oppressed sectors with their methods of struggle, with the unions call for a national strike and a plan of struggle to put an end to the coup actions, the rightists and the reforms and privatizations of Temer and Bolsonaro. A first step is to support and give full solidarity to the important strike of delivery workers that is called for January 25 and to each of the struggles of the working class against reforms, attacks, privatizations and democratic rights. of the population”.

With information from EFE.