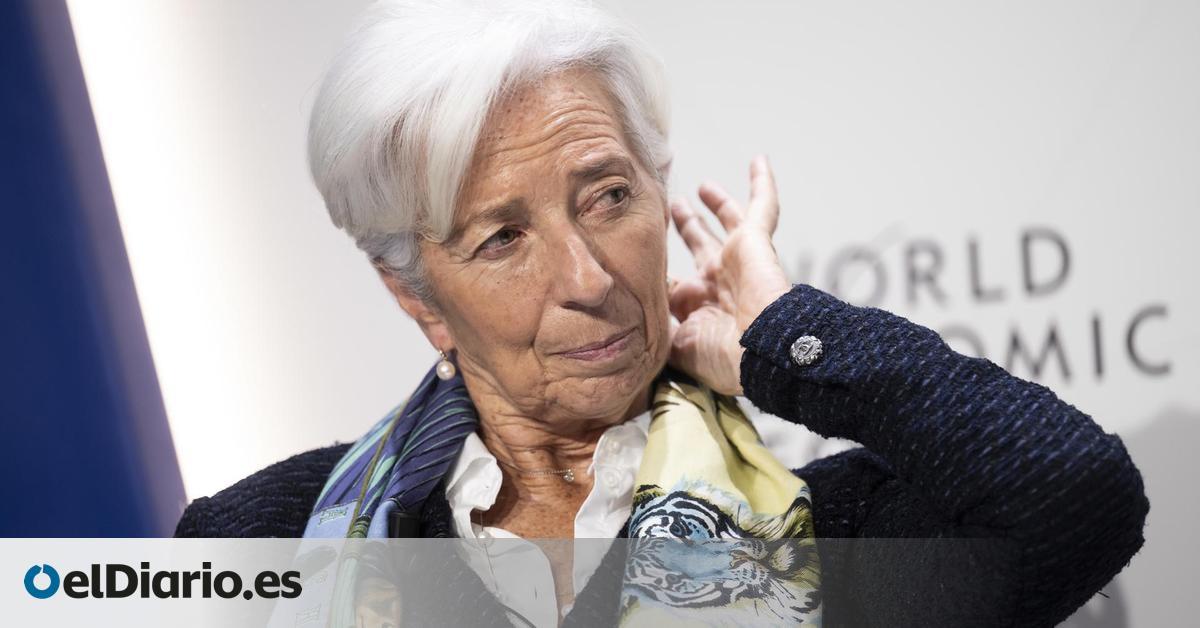 The signs pointing to a brake on the rises in interest rates by the European Central Bank (ECB) at the end of spring are accumulating. The latest comments from the bankers of the institution’s Governing Council suggest two increases of 0.5 points in February and March (one point more in total), until leaving official interest rates at 3.5% and stopping there , or at least close to it, the rise in the cost of mortgages and other loans in the euro area.

Seven graphs that deny that public debt is a time bomb

One of the last central bankers to express that opinion has been that of Slovakia, Peter Kazimir, who this Monday defended in an article a rise of 0.5 points at the meeting of the decision-making body of the ECB on February 2 and another equal one in March . From July until now he has raised them from 0% to 2.5%, at the most aggressive pace in history as a strategy to fight inflation. “If it were up to me, I would go to the summer holidays with the adjustment cycle completed,” wrote the Slovakian.

In the relationship of forces within the ECB, Kazimir is among the ‘neutrals’. In the camp of the least aggressive (known as doves in the jargon of monetary policy and representing the countries most over-indebted and vulnerable to the increase in the cost of financing) is the governor of the Bank of Spain, Pablo Hernández de Cos, who in his latest speeches has set 3.5% as the ceiling for reference rates in the euro area.

More moderate than the Spanish is the Greek Yannis Stournaras, who this Monday spoke that the next decisions of the ECB must take into account “the high uncertainty, the geopolitical turmoil and the slowdown of the economy.” But in his case, he did not make concrete forecasts.

On the opposite side, that of the hawks, the Dutchman Klaas Knot did put numbers this Sunday, and coincided in 0.5 points in February and another 0.5 points in March. But he added a nuance that betrays his position: “The time to reduce the rate of increases is still far away.”

The hawks are the most aggressive members of the central bank’s Governing Council, among which stand out the orthodox visions of Germany and the Netherlands, less indebted states and net financiers, whose economies gain from rate hikes. Although his aggressiveness clashes with the forecasts of disinflation in the second part of the year, especially due to the drop in energy and given the forecast that demand and activity in general in the euro area will contract, and especially in the economies of the north.

Just a few days ago, Christine Lagarde, President of the ECB, was closer to these hawks in her speech at the World Economic Forum in Davos than to the doves: “Inflation is still too high, and it will be necessary to continue the path towards restricted territory. When she talks about restricting, she means that the increase in the cost of mortgages and loans ends up critically damaging the ability of families to consume and companies to invest.

“Don’t push us to do more than is necessary”

In other words, the strategy has been and is to stifle demand in order to lower prices. A blow that adds to the damage caused by inflation and is actually already suffered by households that have had to update their mortgages, or sign new ones that are much more expensive than a year ago. And also the companies that have needed financing in recent months. Or the Treasury of Spain and the rest of the countries when they have gone to the financial markets to place bonds.

There was a very revealing statement by Lagarde in Davos: “Don’t push us to have to do more than what is necessary.” With this threat, which refers to the danger that government stimuli not focused on the most vulnerable families (such as general tax cuts), the ECB president shows some sensitivity towards the risk of causing a recession and even awareness of the impact of the institution’s strategy, which, on the other hand, does not have the capacity to act on energy prices in international markets.

Apart from the comments by Lagarde and the members of the ECB, in recent days there have been more clues and signals about the future of monetary policy and interest rates. Perhaps the most relevant is the appreciation of the euro at its crossroads with the dollar, which is explained because the expectation is that the Federal Reserve (Fed, the United States central bank) will not raise interest rates much more and thus the Eurozone will recover ground in the coming months.

The gap between the official rates of the ECB and the Fed is one of the reasons that have justified the aggressiveness of Lagarde and hers since July. With the United States central bank starting earlier to increase the ‘price of money’ and having already brought it to 4.25%, the higher returns that investors have found in dollar-denominated financial assets have attracted money to the first economy of the world. world.

These movements in the financial markets strengthened the US currency and weakened the euro, which automatically makes imports more expensive, which is bought abroad. And European countries’ biggest bills abroad are for energy (with oil and gas already skyrocketing from Russia’s invasion of Ukraine), which is sold in dollars.

In the minutes of the last meeting of the Governing Council of the ECB (the one in December, in which a rise of 0.5 points was decided, after two consecutive ones of 0.75), another sign of some moderation among central bankers was read. and the members of the Executive Committee. “Initially, a large number of members expressed their preference for 0.75 points,” said minutes collect.

“Some of these members, however, expressed a willingness to agree” [con una subida de 0,5 puntos], they continue. And so it was finally approved by a “broad” majority.

In addition to raising interest rates, the ECB has pulled all the levers to withdraw the extraordinary stimuli that it maintained until 2022 to favor recovery after the COVID shock. Since July of last year, the institution has not ‘created’ money to buy debt from eurozone states and companies, but it has reinvested the maturities of everything it had previously acquired, which has guaranteed demand.

Since March, each month the ECB will stop reinvesting 15,000 million of those maturities, and in this way it will ‘withdraw’ money from the financial markets. Even so, their presence will continue to be crucial to support the countries’ search for financing.

And, before beginning this process, it designed a mechanism, the TPI, to buy back debt if necessary at some point due to a very pronounced increase in prices, for example, of Italian or Spanish bonds. Although this mechanism would require conditionality (austerity measures to control deficits), which is reminiscent of the bailouts of the 2012 euro crisis.

In a turbulent time for economic news, it’s more important than ever to be well informed. All the repercussions of the war in Ukraine on the world economy, explained from a rigorous and different point of view.