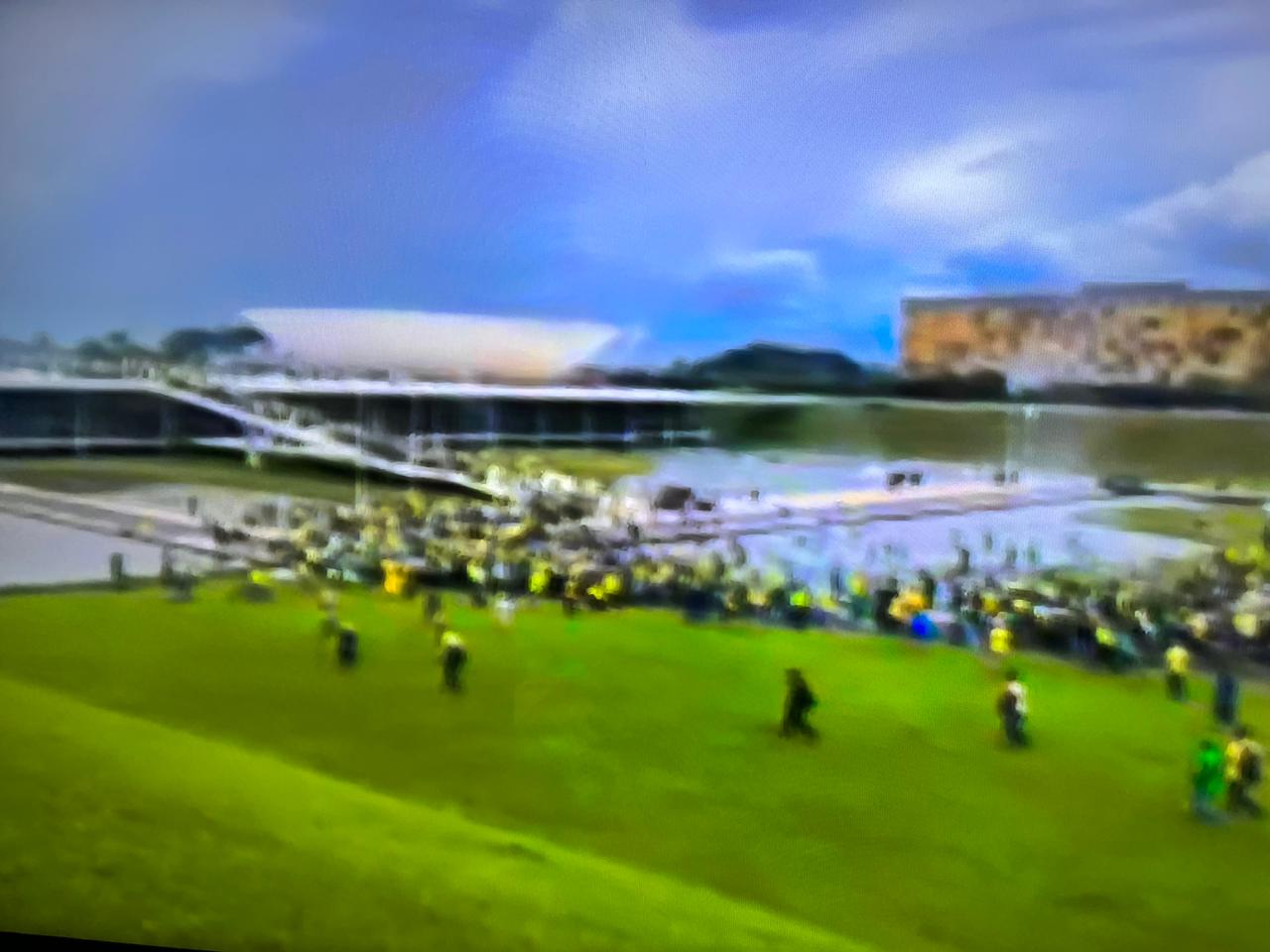 The international condemnation of the attempted coup in Brazil by supporters of former president Jair Bolsonaro is the main international headline this Monday (9). In France, radios and TV channels broadcast live yesterday the violence of the coup leaders, described as “fascist vandals” or “extremists”, who invaded and looted the headquarters of the STF, Congress and the Planalto Palace.

Both in Europe and in the United States, the press compares the action of radicalized Bolsonarists to the invasion of the Capitol, two years ago, and reports on the reaction of President Lula, who decreed federal intervention in the Federal District and promised exemplary punishment to the coup plotters.

“President Lula will resume work at the Planalto Palace in Brasilia as of today. The new Brazilian head of state wants to turn the page on the four hours of panic in the country’s political capital. Thousands of supporters of former President Jair Bolsonaro invaded and looted the country’s federal institutions. Images that, if you saw them, remind us of the invasion of the Capitol, two years ago, by Donald Trump’s admirers ”, says the presenter of the radio’s morning newspaper France Info.

More than 200 people were arrested.

👉 In Brazil, places of power under the control of law enforcement after the Bolsonarist assault on Sundayhttps://t.co/PMhS9epv57

“Police have regained control of institutions of power invaded by Bolsonaro supporters in their attempted insurrection in Brazil,” reads the headline in the newspaper. The world.

the italian Corriere della Sera shows the video of police officers from the Federal District taking selfies with Bolsonaristas, informs that 400 people involved in the attacks were arrested, the governor of the Federal District removed from office by the STF and Bolsonaro’s belated reaction, who repudiated Lula’s criticism by saying no there was evidence of his involvement in the incidents.

But the Portuguese newspaper Público claims that “Bolsonarists vandalize Brazilian democracy with the complacency of the police”.

In its headline, the Spanish The country shows bolsonaristas at the congressional board, whose protection was transformed into a slide.

In the United States, the newspaper’s website The New York Times Its headline features a video of riot police descending the Planalto ramp, throwing tear gas bombs to disperse the invaders. A photo gallery shows the radicals in full action of depredation of the headquarters of the Brazilian democratic institutions. The American daily reports on the actions taken by the Lula government to end the chaos, and adds that Bolsonaro is suspected of hiding in Florida to escape justice and that he has spent the last few years attacking the Brazilian electoral system and undermining credibility. of the elections.

O site The mirror, in Germany, shows President Lula, on his return to Brasília, inspecting the damage to the damaged government buildings, noting that “Bolsonaro rejects accusations”. “The police regain control in Brasilia hours after the attacks by Bolsonarist radicals, who committed acts of barbarism, according to President Lula.

Only hours after the attacks by radical Bolsonaro supporters did the police regain control in Brasília. The ex-president speaks from Florida. His successor speaks of “barbarism”. The overview. https://t.co/um7ZMSHjMU