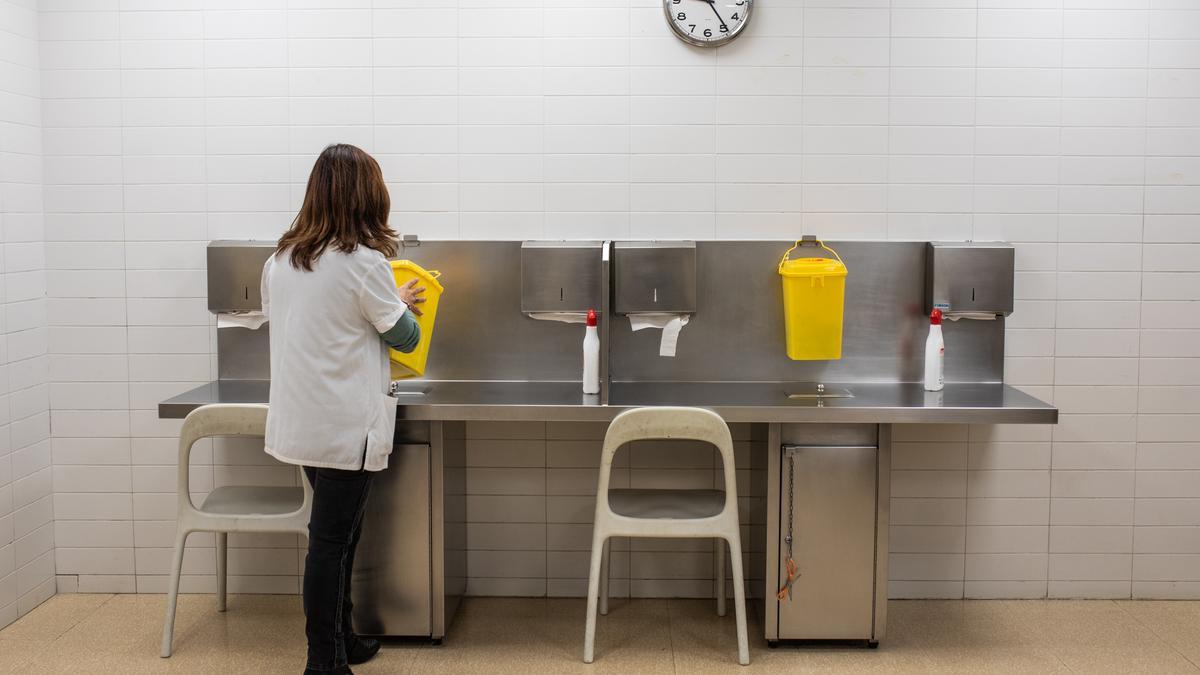 The estimate gives an idea of ​​the cruelty of the deadly drug epidemic that has plagued the United States for years. According to data from the country’s Centers for Disease Control and Prevention, synthetic opioids claimed 194 lives a day in 2021. The main cause of such a grim balance was the fentanyl, a powerful painkiller that has flooded the illegal drug market in United States.

Its ravages in neighborhoods of San Francisco, Philadelphia or Baltimore are not not at all assimilable with the consequences of retail in Barcelona and its suburbs, where there is little evidence that the dangerous substance is marketed without prescription. However, emerging evidence has been identified that fentanyl and its derivatives have begun to sneak into the drug trafficking circuits of the Catalan capital.

Two studies published in 2022 to which researchers from the Hospital del Mar and the Germans Trias i Pujol Hospital have contributed have detected remains of synthetic opioids in urine samples taken from patients who have started detoxification treatments in Barcelona and Badalona. In a trial with 187 volunteers, fentanyl and nine of its derivatives were located in 16 samples, 8.6% of the total. In another survey carried out in parallel, five of the 154 participants tested positive for fentanyl and similar substances not dispensed for medical reasons, 4.4% of the group. The tests were carried out between 2019 and 2020.

“These are low figures and, therefore, there is no epidemic like in the United States, but these substances are appearing. It is something that was not usual & rdquor ;, warns the director of addiction care at Hospital del Mar, psychiatrist Francina Fonseca, co-author of the studies. Both reports conclude that, although Barcelona and its surroundings are far from an opioid crisis like that of other latitudes, it is observed “an initial phenomenon & rdquor; that “requires attention even limited to a few individuals & rdquor;.

One aspect that worries the investigators is that most of the drug addicts in whom traces of fentanyl and synthetic opioids were found were unaware that they had injected these narcotics. “In a high proportion, they did not tell us that they were taking these substances. Therefore, they did not know, probably because they are being used as adulterants of other drugs& rdquor ;, suggests Fonseca.

The hypothesis fits with what has been verified in other countries, where the use of fentanyl and its equivalents to handle other narcotic opioids has spread. “It is detected above all in those who consume heroin and ‘speedball’, the mixture of cocaine and heroin,” says Fonseca. Urine tests on patients undergoing detoxification in Barcelona and Badalona show that heroin was present in 6.3% of the samples positive for fentanyl and 20.8% for other opioids.

But why is this painkiller that worries the Joe Biden administration used on the black market to combine it with other more common drugs? The evidence suggests that it engages consumers even more. “It has a lot of addictive potential. -emphasizes Fonseca-. And a person with more withdrawal syndrome has more loyalty to buy the substance & rdquor ;.

Apart from intensifying dependency, fentanyl increases mortality riskas the United States has shown. “It is much more potent than heroin and, if you don’t know what is being taken, can cause an overdose & rdquor;warns Fonseca. In addition, he emphasizes that they are more difficult to reverse poisonings “because, being a more powerful substance, much more doses of the antidote are needed& rdquor; to neutralize them.

In any case, the psychiatrist clarifies that no uncontrolled increase in overdoses observed in Barcelona and its surroundings that can be attributed to fentanyl. The Hospital del Mar manages different drug dependence care services, including the harm reduction room at La Mina, which is very popular for injecting doses under health supervision in the metropolitan area. Fonseca specifies that 98 overdoses were diagnosed at the center in 2022, 16 more than in 2021. “It is an increase, but it is not spectacularly high. If there was a lot of adulteration with fentanyl we would find ourselves with more overdoses. But it could explain some cases”, evaluates.

Analyzes have also revealed the presence of psychoactive substances in 27.3% of the urine tests of the examined patients. Stimulants were found in 35 samples, 18.7% of those collected. For Fonseca, it certifies the threats that hang over the health of drug addicts, with no guarantee of what the drug they acquire contains. “Those who handle it can adulterate it with other substances to obtain more, because they are cheap, or try to get the buyer to be more hooked & rdquor ;, she lists.

The authors of the recent studies consider it necessary adapt the public health system for early detection of rare drugs in Catalonia, such as fentanyl, and prevent and mitigate its effects. “It is important to see how it evolves because if heroin does not arrive, it is likely that fentanyl will replace it, because it can be synthesized in clandestine laboratories locally. We must also be very attentive to any change in patterns, such as overdoses, and consult harm reduction rooms, treatment centers and emergency services,” Fonseca proposes.