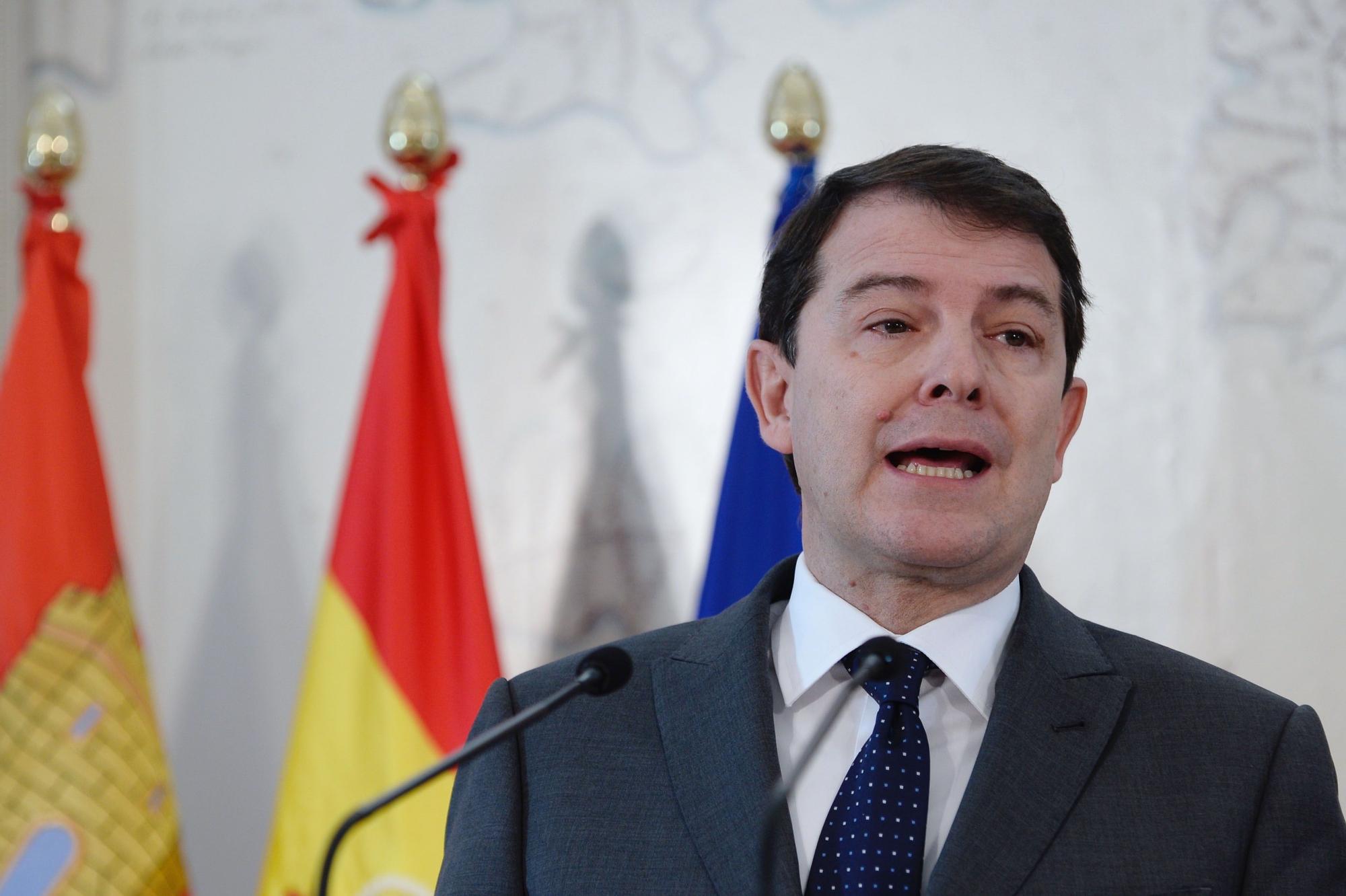 There will be no changes in the protocol for pregnant women in Castilla y León. Those who want to abort will not be coerced. The PP backed down this Monday and stopped the plans of Vox, its partner in the Government of Castilla y León. “In no case is the protocol for women who undergo a pregnancy interruption updated. Doctors will not be forced to do anything, and women will not be forced to do anything,” said Alfonso Fernandez Manueco, leader of the PP in that autonomy and president of the Junta.

Manueco left shortly after one in the afternoon to rectify his vice presidentJuan García-Gallardo (Vox), who announced on Thursday (and repeated this Monday) that doctors were going to be forced to offer a 4D ultrasound and listen to the fetal heartbeat to women who want to terminate their pregnancy. The leader of the popular has taken five days to correct him, in which confusion has taken over the debate.

This coercive measure is being promoted by countries such as Hungarywhere the ultranationalist Viktor Orban has made it mandatory since September for women to listen to the heartbeat before having an abortion. The controversy has led the central government to send an official request to the Executive of Castilla y León to clarify whether it is going to apply a new protocol that subtracts “women’s freedom” and reduces their rights. “Fundamental rights”.

After the signings of moderates

According to the new spokesman for the popular, Borja Sémper, Vox has come “to the media rescue of [Pedro] Sánchez” and it is a “bargain” for the Government, because it helps it, he said, to cover up its problems, such as the reduction of sentences for violators of the ‘yes is yes’. The leadership of the PP wanted Mañueco in person to step back and correct his vice president before Sémper appeared before the press in Madrid. This clash between the two partners also comes just when the popular have wanted to strengthen their moderate profile with the signings of precisely Sémper and also Íñigo de la Serna.

Trying to isolate the controversy with the ultras in Castilla y León is a difficult strategy to apply in this matter, since all the surveys indicate that the PP may need Vox in dozens of town halls and some autonomous communities in the May elections if it wants to take the command rod. Avoiding self-criticism for having opened the door to power for Vox (he gave him the vice presidency and three council positions), Sémper said that the solution would be for the PSOE to commit to the government of the most voted list, thus neither of the two big parties, continued , would remain in the hands of “extremists“.

Sources from Alberto Núñez Feijóo’s team are confident that, in the May elections and in the general elections, the PP leader can replicate the evolution of Juanma Moreno in Andalusia last year, when he managed to establish the idea that he was going to win if or yes at the polls and began to ask for “free hands” so as not to have to agree with Santiago Abascal’s party. “That is what Feijóo wants. That the focused socialist, who does not understand Sánchez or his agreements with the independentistas, give his vote to PP and the majority is so immense that Vox cannot ask to enter the Government,” explains a deputy secretary.

First thing in the morning, when the anti-abortion plan was still on because Manueco had not yet backed down, the Government came out in a storm against the initiative. In the middle of an election year, with the PP ahead in most of the polls, the idea sponsored by Vox and seconded by Alberto Núñez Feijóo’s party, allowed the Socialists to question his alleged turn to the center and portray him as a simple “hostage & rdquor; of the extreme right

Complaints in the media

The government spokesperson, Isabel Rodríguez, and the Minister of Health, Carolina Darias, each offered three interviews on different radios and televisions to hold the leader of the PP responsible for what happened and demand the withdrawal of the plan. Hours later, from the PSOE headquarters, the party spokesperson and head of Education, Pilar Alegría, insisted on the same idea. “Faced with that agreed and agreed decision, my question is: What is the opinion of Mr. Feijóo? He has been silent for days. He is not the leader of the PP. He is the hostage of Vox & rdquor ;, she pointed out.

Manueco’s retreat did not stop Moncloa’s speech. The central Executive demands a written commitment from the Junta de Castilla y León, in response to Sunday’s request, making it clear that it does not intend to activate the plan announced by its vice president. A simple appearance by the president in which he did not admit questions is not enough. Thus, late in the afternoon, Rodríguez, who is also Minister of Territorial Policy, warned Mañueco that the request was a step prior to filing actions “in the field of contentious-administrative jurisdiction.” For the minister, the regional leader only seeks to “buy time” to comply with Vox’s demands. In any case, the Executive made it clear that the possibility of applying Article 155 of the Constitutionas happened in Catalonia after the 2017 referendum, to totally or partially suspend the autonomy of Castilla y León.