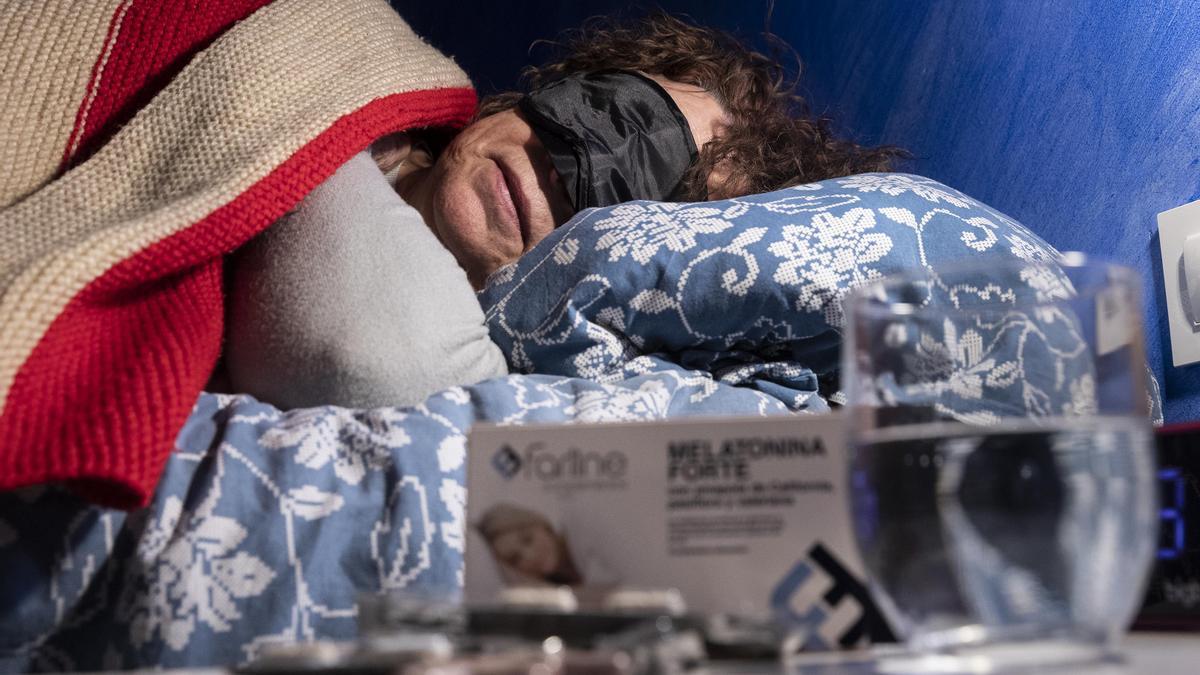 Tossing and turning in bed without being able to fall asleep. Waking up in the middle of the night and not being able to sleep a wink anymore. To have nightmares. Take work or obligations to bed. And so, days and days. It is estimated that more than six million Spaniards, around 15%, suffer chronic insomnia, which means sleeping poorly at least three days a week for more than three months. And up to half the population has ever experienced trouble sleepinga silent epidemic that is on the rise and which politicians, doctors, researchers and patients seek to put a stop to.

To this end, the Dream Alliance has been set up, a working group that brings together the main actors and seeks the implementation of urgent measures facing the growing public health problem. First of all, they claim to improve sleep care and health via education and campaigns, where you can also raise awareness about the inappropriate use of tranquilizers and sleeping pills with strong addictive potential. And they ask to provide the health system with the means and sufficient training to improve its response.

And it is that the need to take care of the diet and to do physical exercise is more and more widespread, but to look for “good sleep habits is quite unknown“, according to the Coordinator of the Sleep Study Group of the Spanish Society of Neurology, Ana Fernández Arcos. To begin with, it is advisable to sleep between 7 and 9 hours daily but a large part of the population does not arrive at that time, especially on weekdays, and many find it normal to sleep less. In addition, the idea is widespread that sleep can be recovered during the weekend, but the body does not store it, it is a daily necessity.

Studies have shown that poor sleep, in addition to affecting mood, has health repercussions. For example, it increases the risk of cardiovascular diseases such as a heart attackis related to metabolic problems such as diabetes or obesity and has a “bidirectional effect” on the depression, as explained by Dr. Fernández Arcos, referring to the fact that poor sleep increases the possibility of suffering from some mental illnesses and vice versa. It is also associated with an increase in the accident rate and a Poor school or work performance.

“During sleep, a cleaning of products derived from the brain cell metabolism, it allows the brain to restore some functions and promotes memory consolidation. Prolonged sleep deprivation can lead to death,” concludes Rybel Wix, from the Insomnia Group of the Spanish Sleep Society.

Chronic insomnia is often preceded by situational insomnia caused by stressful events, but it is characterized because it fails to improve when the causative factors disappear. And both have gone up due to the current lifestyle and the “hyperalert state“, according to Dr. Fernández Arcos. “Every time we have longer hourswe want to do more things but we have little time to reconcile everything, so we take work or worries to bed, through our mobile or tablet, and we don’t disconnect long enough to fall asleep,” he explains.

57% prevalence in the pandemic

And in the pandemic It triggered the state of worry to the point that insomnia had a prevalence of 57%, according to a study on the impact on mental health of the health crisis.

Faced with this, the response of the sanitary system es insufficient. From the outset, primary care physicians hardly have time to make a proper diagnosis and often resort to the easiest solution: prescribe tranquilizers or sleeping pills. This situation has contributed to making Spain a country leader in consumption of anxiolytics and hypnotics. The sale of these drugs has increased exponentially since 2019, which is one more symptom that sleep problems (and mental disorders) do not stop increasing.

The drawback is that these drugs have a strong addictive potential, so they should not be used beyond a month. However, “we see people, especially older people, who have been taking them for decades and should be withdrawn little by little, but there is a lack of means [el en sistema sanitario] to do it”, laments the specialist from the Spanish Society of Neurology.

To try to alleviate this problem, Congress recently approved a proposition not law in which it urges the Government to update the Practical Guide on Sleep Disorders that is handled in Primary Care and to develop the training content necessary to give a better answer. Until now, insomnia is studied in the specialties directly involved in its causes and treatment, but it hardly has any weight in the medical field.

Ideally, the patient should undergo a clinical interview to allow screening and refer those with more severe problems to specialists. And the last step, for the most serious cases, are the sleep units, which should be made up of professionals from all areas that may be involved in the disorder such as neurology, psychology, neurophysiology, etc. But there is no sufficient qualified staff in sleep medicine and the units are clearly insufficient and do not usually have the necessary human resources”, according to Rybel Wix.

Despite this, specialists ask not to be discouraged. They advise always going to the doctor -less than a third seek professional help- because there are therapies that have proven to be very effective, such as cognitive behavioral treatment, which require the “commitment and motivation of the patient”, the same as in therapies against obesity, but “they give results”. “Insomnia has treatment“, stresses Dr. Fernández Arcos.