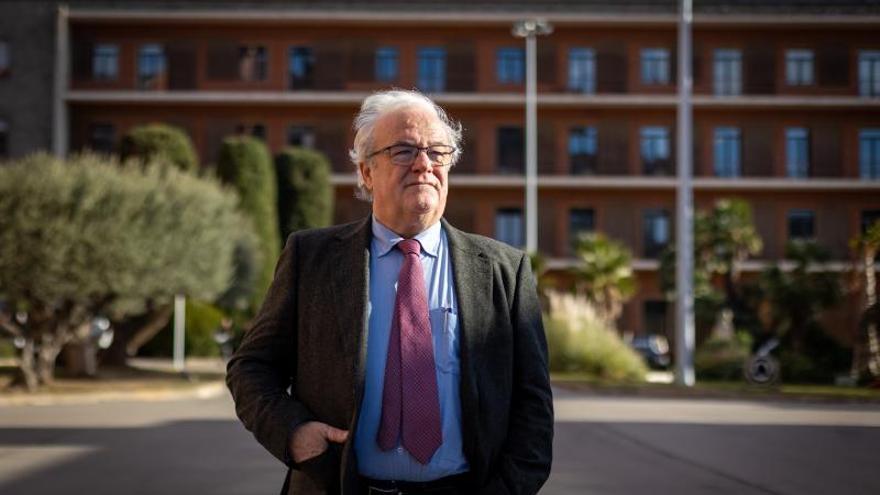 Prison psychologists cite him as a reference. Halfway between psychology and criminology, from the Group of Advanced Studies in Violence which he founded in the University of Barcelona, ​​Antonio Andrés Pueyo, professor expert in mind Of The Violent Offender, has had a decisive influence since the early 2000s on the prison treatment programs for offenders convicts, including male chauvinists, which are applied in Spanish prisons.

Now his research team is focused on prevention, gathering detectable psychological indicators to determine if an offender will strike again. “It is not a question of predicting as if we had a crystal ball, but of assess risk. As if we were meteorologists: we are not going to say if it is going to rain, but yes, depending on the variables, that there is a high, low or medium risk of it raining; and you decide if you take the umbrella”.

But can you tell, out of a group of prisoners, who is most likely to reoffend?To know that is what our team has been developing forensic risk assessment techniques since 2003. With statistics and mathematics it is possible to evaluate if someone who has committed a crime can reoffend and with what probability. Risk assessment works well with non-lethal abusers, but it is virtually impossible to predict a murder. Although murders are the most socially visible, they are the rarest phenomenon; especially in Spain, which is one of the countries with the fewest cases in the world. For every murder that occurs there are between 20 and 50 women with injuries that disable them for life. At this second level, that of non-lethal cases of serious sexist violence, which is less visible but has thousands of victims, risk assessment does work well.

“We are working on the comparison of the feminicide of a couple with the lone terrorist. Both are clear about their objective”

What does it depend on for a macho aggressor to attack again?Nobody can predict a criminal repetition; our role is not that of the horoscope; what we can do is estimate the risk of it happening. And the risk is the possibility that a person who committed a crime will make the same decision in the future. For example: months ago a couple had an argument in which the abuser hit the woman. We calculate the risk factors that were present in the past and assess whether they may be present in the future. If he hit his partner because he is very jealous, we know that in eight months he will still be very jealous, a risk point is scored. If, in addition, that day he had drunk a lot, but in a circumstantial way, half a point is scored… The risk factors of the past are added and projected into the future; that is the logic of the prediction.

Is jealousy a good indicator?In other forms of violence against women, such as sexual assault, jealousy is not important, but when it comes to intimate partner violence, jealousy is a major risk factor. Macho attitudes too. And have firearms at home. It is not frequent, because in Spain partner murderers usually kill with knives or other objects, not so much with firearms, but there is an increased risk of lethality in those who own firearms. In assessing the risk of partner murder, elements other than chronic abuse are important. For example, the great stubbornness that murderers have with separation. That the woman abandons them is unbearable. That is why they end up killing and killing themselves. Suicide occurs much more frequently in that type of murder than in any other.

“The murderer of a couple has a great stubbornness with the separation, that the woman abandons him becomes unbearable”

Are a mild or moderate abuser and a man who has killed his wife just as treatable, as rehabilitable?It is that the murderer already has more of a murderer than an abuser… Abusers have different levels of risk of reoffending. Batterers who murder their wives, or those who nearly kill their wives, can attend the program sessions, but these programs have different effects on each group: murderers, severe non-lethal batterers, and batterers. minors who are not imprisoned, but are sentenced to alternative measures. In Spain, by the way, the third group of prisoners is that of the abusers. It was not like that 25 years ago, but now there is an intense action by Justice and more social awareness. But I told him that it is easier for a person who has a minor crime not to reoffend than a person who has a chronic history of abuse for years. The chronic ones are very difficult to treat.

The casuistry of sexist violence is very complex…In Catalonia we have studied the differences and common elements of the murderers of women and the murderers of a couple. In couple murderers, the profile of the murderer prevails more than that of gender. Intimate partner violence, which is what it is technically called, has its peculiarities. Today we are working on the comparison of the feminicide of a couple with the lone terrorist: both are clear about their objective. We walk around, because the big problem with murder is that it’s pretty much unpredictable.

“Lately, in many countries we have the problem of elderly people who reoffend crimes they committed when they were 20 years old”

There is an arsenal of distortions and irrational beliefs that fuel sexist violence. Which do you think is the most toxic?The belief that it is legitimate to dominate the partner, and therefore they can be punished. Legitimation is the great workhorse of treatment. It’s going against what that song about prisoner number 9 says: he doesn’t care what God or the law says, because he’s her wife and he can do whatever he wants with her. Another belief is the minimization of the consequences of violence. When the abuser says, for example, “I have only forbidden her to leave the house for 15 days because she dressed very provocatively & rdquor ;. “Only & rdquor ;.

Can a sexist aggressor be cured? And I say that verb on purpose, so that he can comment on itI have already noticed. For some time in the criminological world it has been understood that people who resort to violence are analogous to sick people. But that analogy that “they heal & rdquor; it is incomplete, it is not valid, because people do not get sick and commit crimes. There is no pill to give. The treatments have limited effects and with limited duration. There are those who do the program, for example, and in five years they do not commit crimes but after ten they do. Lately, in many countries we have the problem of older people who repeat crimes that he committed when he was 20 years old and for which they went to prison. They leave at 32, from 32 to 65 they lead a normal life, and… they commit crimes again. Before, we did not detect this phenomenon of elderly people returning to prison. It is not known exactly what is happening. In this field, the idea of ​​the “cure & rdquor; it’s a bit fanciful. There are those who have authentic personal conversions, yes, but also those who continue with their violence on another level. There is no virus of sexist violence that we can eliminate. Rather, habitual partner abuse must be seen as a chronic disease or alcoholism.